skip to main | skip to sidebar

I have been SUCH a blogging slacker and probably no one even checks this blog anymore... but I had to chime in real quick and talk about what an enormous blessing the year 2012 was.

We bought a house that we love in a neighborhood we love.

We added Emmerich to our family! What did we ever do without him!?

We went to Lake Powell and Disneyland this year!

And we have received countless smaller blessings all along the way.  We are so happy. We feel so blessed.  I have grown so much this year.  We have had trials...Things aren't always perfect, but we have learned so much from them and are reminded of our many many blessings. I wouldn't have it any other way.

My little newborn is growing into a baby.  Emmerich is getting chubby little folds on his wrists and forearms and getting baby thunder thighs. I love it! But I also can't believe how fast they grow up!


Here are his 2 month stats:

He is the happiest boy and will give smiles to anyone so easily.  He loves to coo all day and kick his legs in excitement.  He also takes these loud breaths through his nose when he's excited! He is such an easy baby compared to Agnes.  He just seems so much more laid back... but it could be that I am more laid back too!

He sleeps from 9pm to 2am, then sometimes 5 and usually 7.  I think it's pretty great!  He goes back down for a nap around 9 or 10am and will sleep until 3 or 4pm!  And then he usually stays up until 9pm again.  I think it is a pretty great schedule for now!

I love this little man to pieces and don't know what we ever did without him!

I will post soon about his wonderful blessing weekend!
Posted by Kelsey Shelley at 3:17 PM 2 comments:

I am a bit behind on this, but both of my kids had their doctor's appointments lately and for my own records, I like to remember their stats...

He is growing right on track and has gained more than an oz a day according to the doc!

She absolutely hated the doctor.  She wouldn't even stand on the scale... she was screaming bloody murder! We had talked for weeks about the doctor, and she was so excited to go.  I had to stand on the scale with her and then subtract my weight. nice. She was also kicking the doctor and screaming during her exam.  He said she was a little firecracker (Evan says that was a nice way of saying brat... haha) I think she will get better after watching her brother do it every two months...

Anyway, I love these kids.  Life can be crazy but we are getting used to it. Why did I ever think I was busy with only one???

Posted by Kelsey Shelley at 3:36 PM No comments:

When we heard that the date for Lake Powell this year would be mid July, we knew we would have to miss out on it. But as the week approached, I was feeling pretty good after my c section two weeks before, and we decided we would try to go. After all, if it was too hard for either me or the two week old babe, we woud turn around and go straight home. Luckily it was pure bliss!

I never swam because of my still healing open wound... (jk not really open, but you know) and we decided Emmerich and I would just stay on the comfortably air conditioned house boat all week. (We were actually bundled up the A/C worked so well... crazy right?) Well, we got a little more gutsy as the week went on and we actually went on the speed boat a bit. It was a nice week to still have lots of help with Agnes before Evan went back to work. She had a blast and would hardly come to me all week. She is such a daddy's girl and it doesn't help that it feels like I am constantly feeding her brother...

Here is an overload of pics from the trip! Please don't mind that I am still totally fat from just having a baby... but it's history right?

Posted by Kelsey Shelley at 9:05 AM 2 comments:

After trying literally everything to make myself go into labor on my own, (castor oil 3 times, evening primrose oil, stripped membranes twice, etc) I had three nights in a row of painful contractions 3 minutes apart all night long that resulted in nothing. I had my 39 week appointment on Tuesday and knew that at some point that week, my doctor would want to do the repeat c section if I hadn't had the baby on my own yet. At my appointment my blood pressure was suddenly very high and my doctor told me I couldn't stay pregnant any longer. Even though I knew it would be happening that week sometime, I was still in shock that it was happening that day. I called Evan and he came home from work and we quickly got our stuff packed for the hospital. My mom came and took Agnes and I just bawled telling her goodbye. It was so weird that the next time I would see her, our lives would be so different. We got to the hospital at about 1:30pm and got my IV in and some blood work done. Luckily tests came back great and I wasn't going to need to be on the magnesium (the devil's drug according to my nurse) which made things so hard during my first c section. We sat around and waited for a while, when Evan noticed a little puff of smoke out our window. It looked like it was coming from Alpine but we weren't sure. Within minutes the smoke had grown tremendously and we learned that the mountain above my parent's house was on fire. I was way more stressed about the fire than the fact that I was about to be sliced open at any moment. We called my mom and they were gathering things and were being evacuated within minutes of my c section. It was a little crazy! They took me back into the OR to get my spinal block and I started to get a little nervous. The spinal was a little uncomfortable, but not too bad. I was suddenly SO numb and started to kind of get claustrophobic... Luckily they gave me something that calmed me right down and I could enjoy the experience. They brought Evan in, and within minutes, and a little tugging and pulling, our baby was out. The doctor's were talking about nuchal cord x3 and how glad they were that I had a c section ( I learned that meant the cord was around his neck 3 times) I kept asking if he was okay because he didn't cry right away, but everyone assured me he was fine and within a minute he started screaming. After all of my stress of trying for a VBAC, I just layed there and cried, so thankful that we were doing the c section and that my baby was okay. Evan came over and showed me pictures while they worked on him a little. I thought he looked so big in the pictures, but when they brought him to me he looked so tiny. He was 6 lbs 9 oz, 18 1/2 inches long. I got to see him for a second, and then Evan went with him to the nursery to clean him up while they finished sewing me up.

The c section went great and my dr assured me that there were more pregnancies in my future. I went to recovery and waited for the okay so I could go see my baby. About a half hour later, I was taken to the Mother Baby floor and they wheeled my perfect little guy into our room. He nursed right away like a champ! My parents brought Agnes in, and it was so fun to see her.

She loves her baby brother! I didn't think she would really get it, but she did.

My family had evacuated all of their scrapbooks, hardrives and important documents, and moved into our house in American Fork. It worked out pretty well, because they were able to stay there while we were in the hospital. Luckily, a few days later, the fire was mostly contained, and they were able to move back into their house! The hospital stay was kind of surreal. I sort of felt like I was a first time mom all over again. It was kind of a reality check to come home with a newborn and have a toddler there too. And Maybe it is my emotional, post partum self, but I just sat there and looked at my prefect little family of four snuggled on the couch and just cried with gratitude.

Recovery has been really great for me. The first week is hard and overwhelming, but I feel pretty much normal now almost 2 weeks later. Of course we ALL had to get sick that first week with sore throats and coughs (ouch on the incision!) but we are doing great now.

Curious about our name? Evan's Dad's name is Emery... My Dad's name is Rick... and we went with the common German spelling: Emmerich. 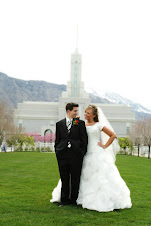 album: long to be 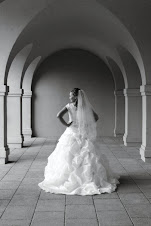